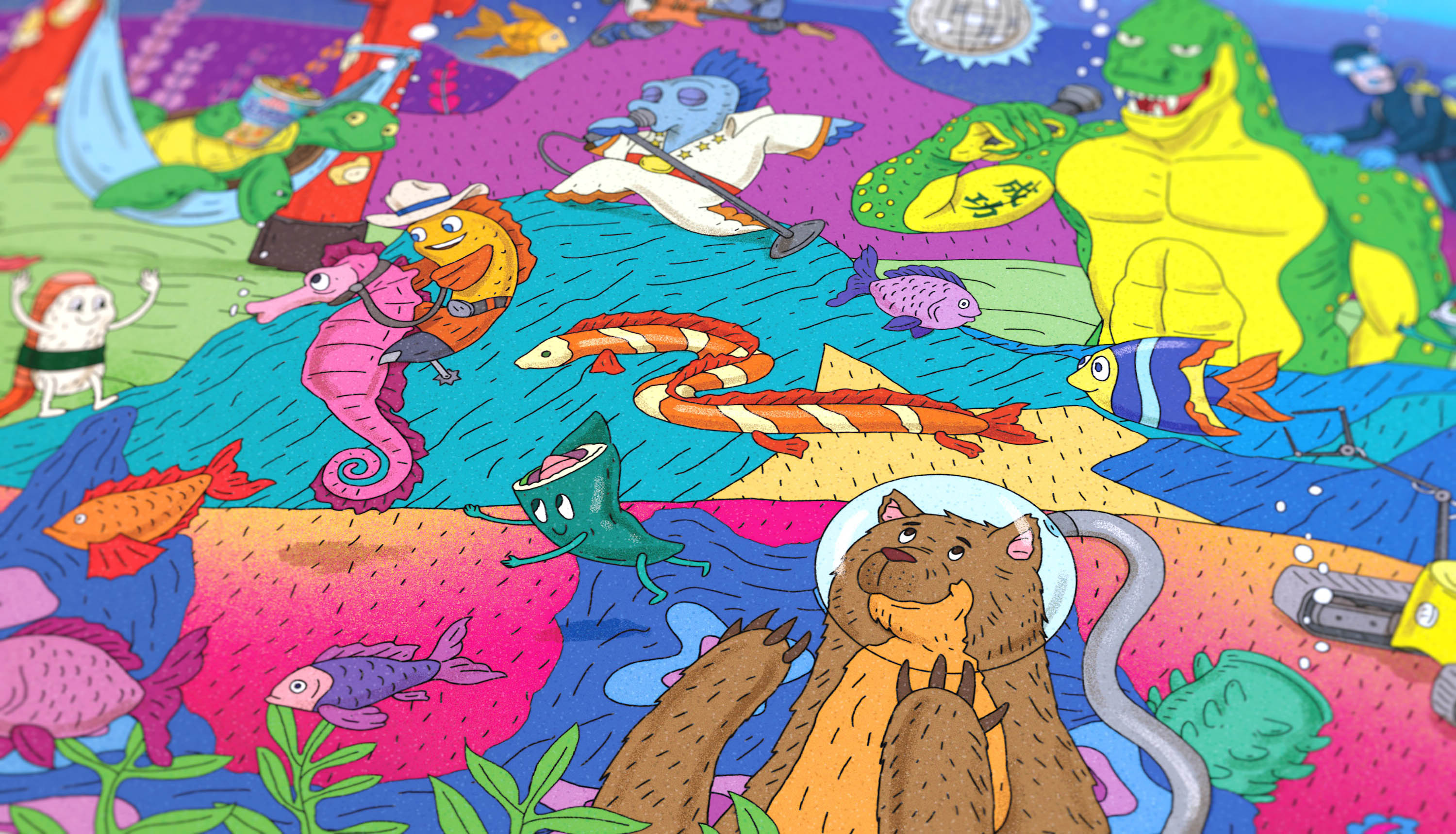 Cup Noodles launched a new ad campaign to present its latest flavor of Sea Food. The activation campaign involved a huge plotter printing wrapped a long tube way. Its located in the metro passageway, which links the stations Paulista and Consolação in Sao Paulo City. This path is as known as one of the most crowded points of passenger traffic in the subway lines.
The campaign takes the form of the deep-sea theme in a funny mood bringing the sea flavor mixed with some elements of oriental culture. Through #mergulhanocup, this campaign reached thousands of interactions on social media. 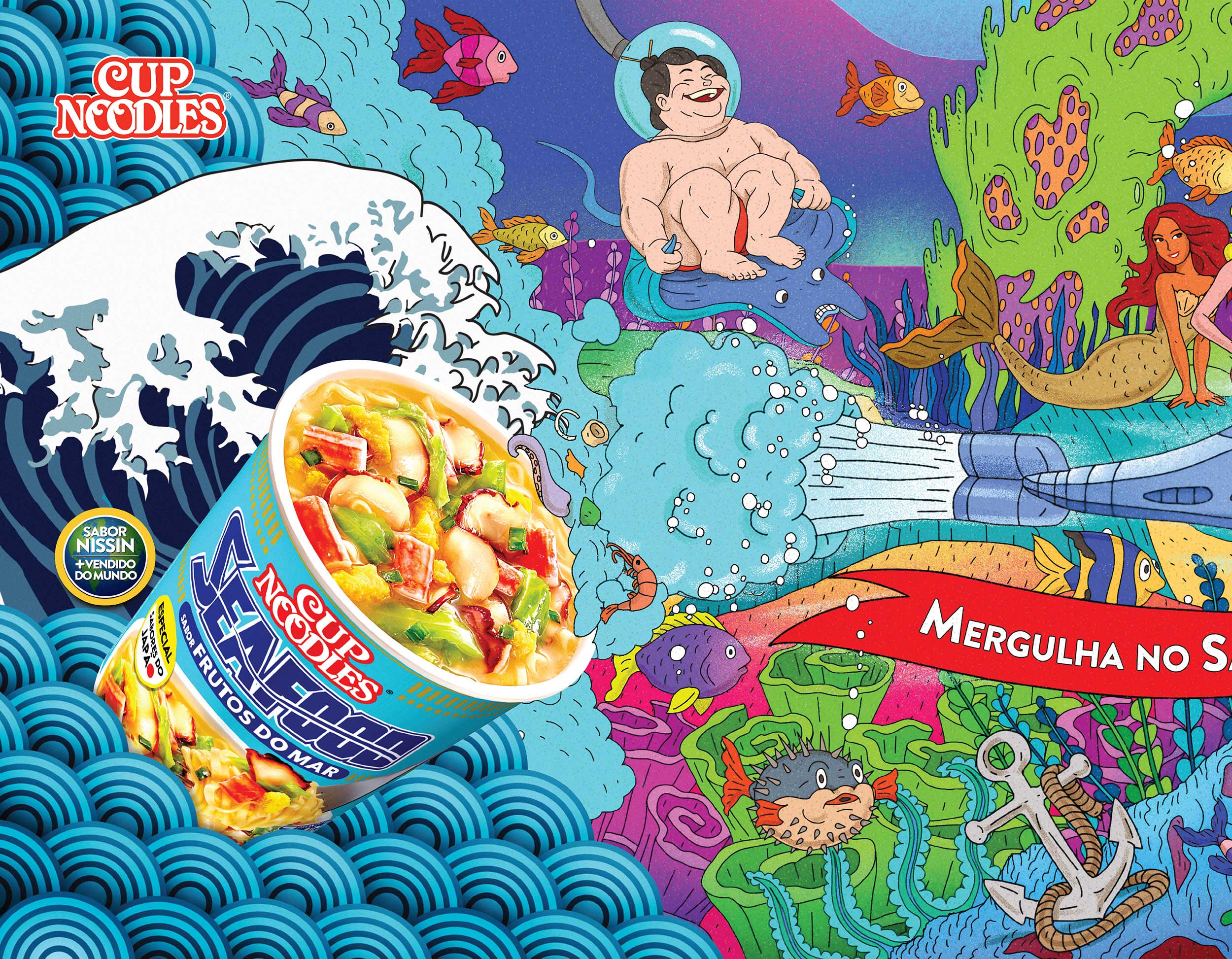 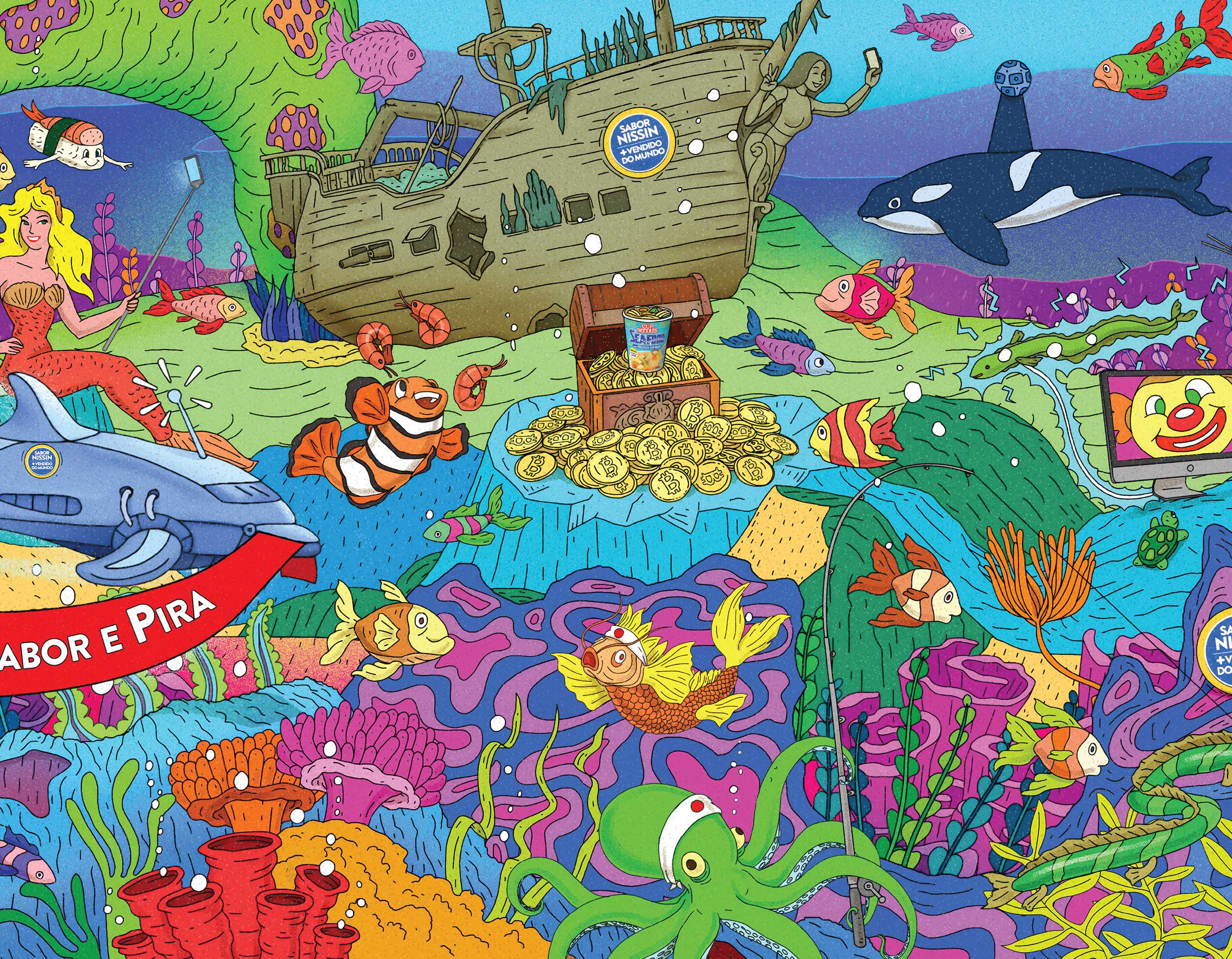 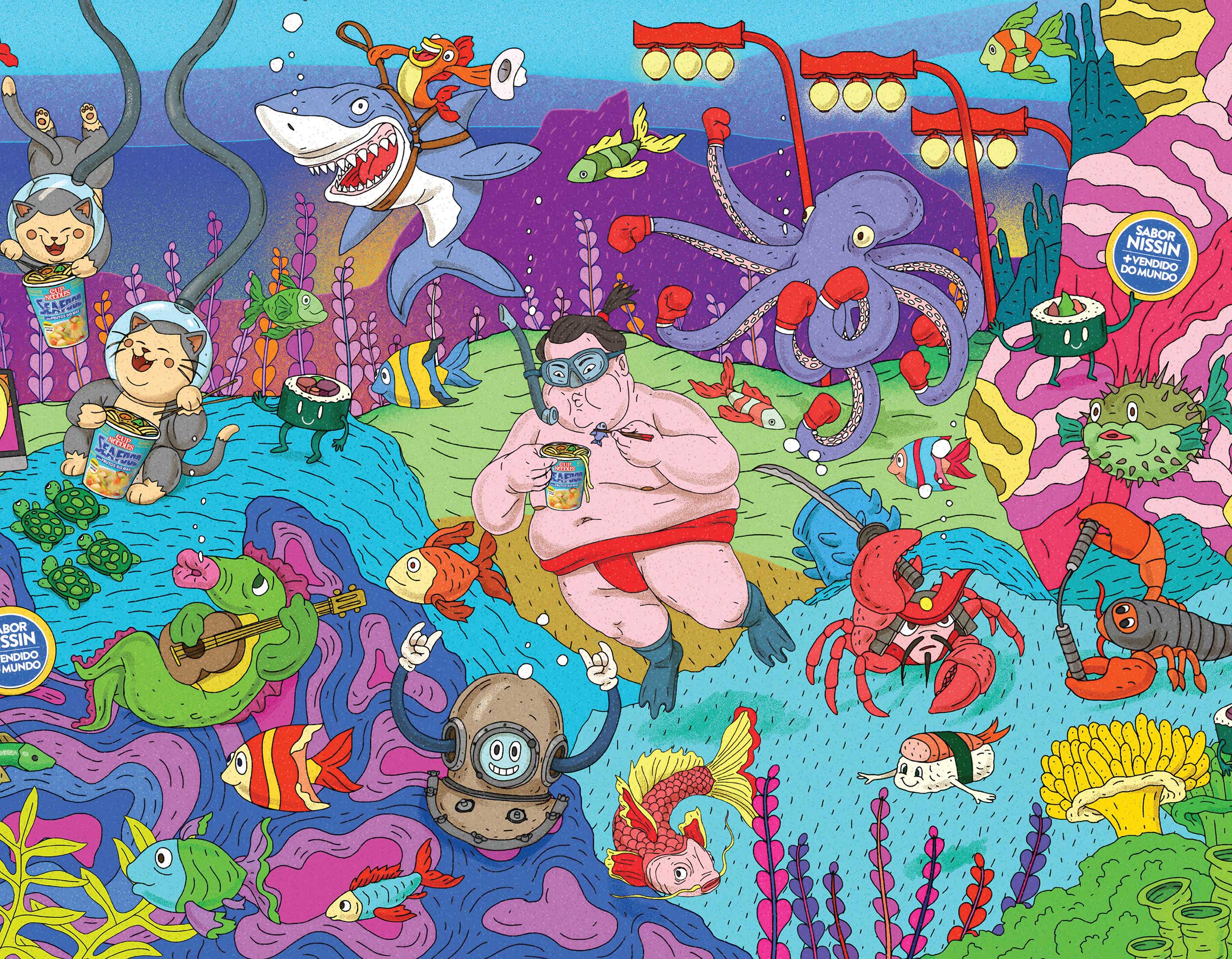 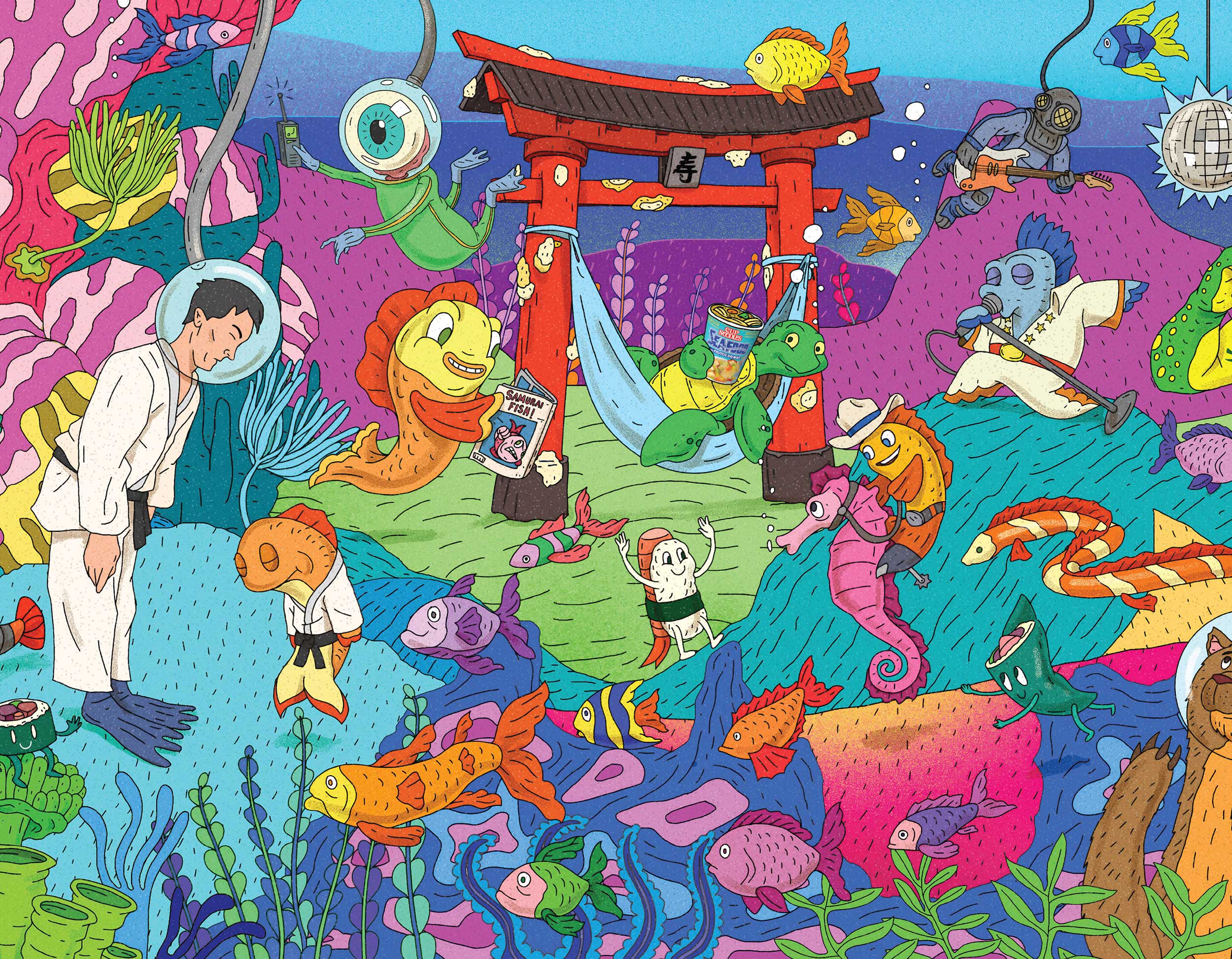 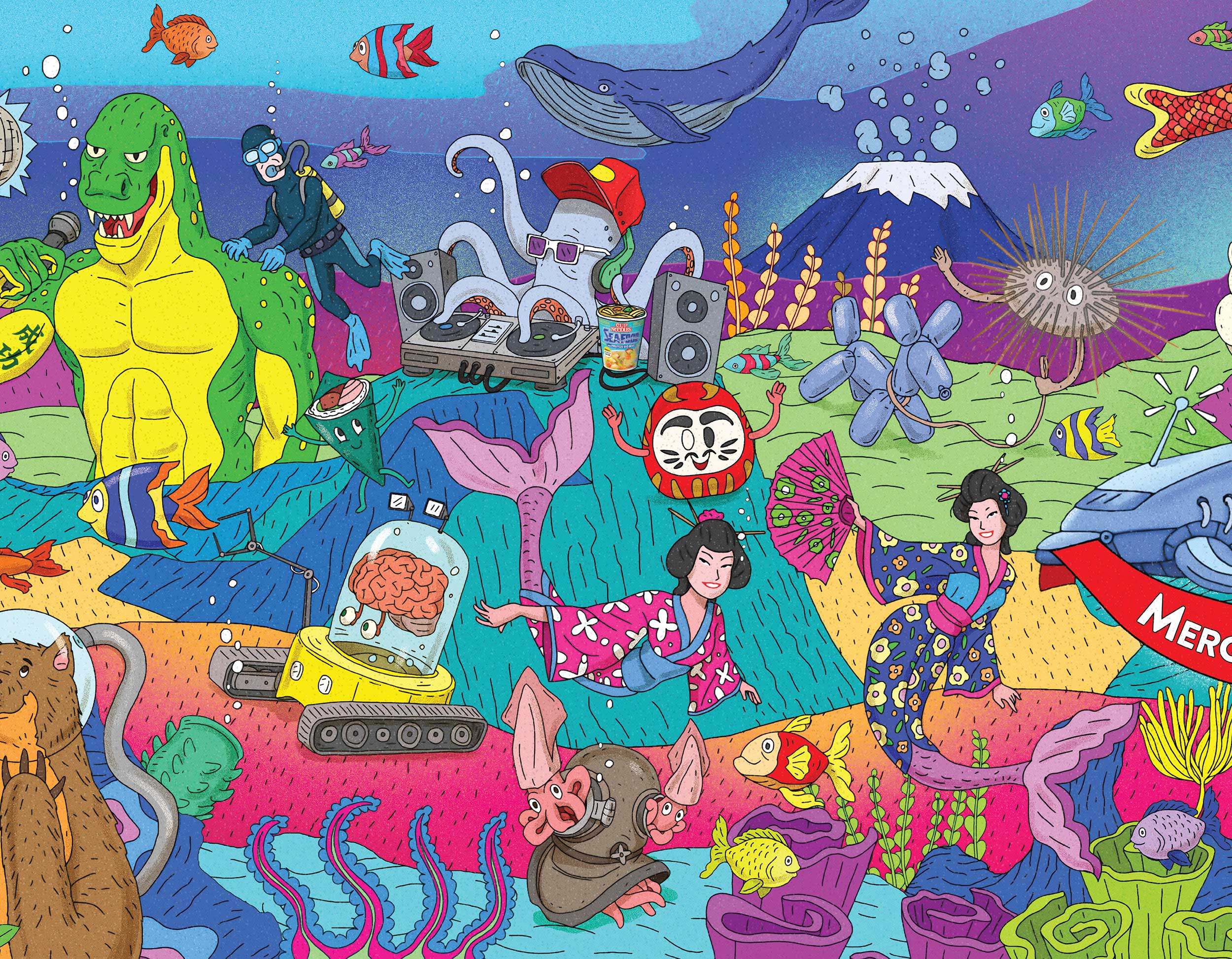 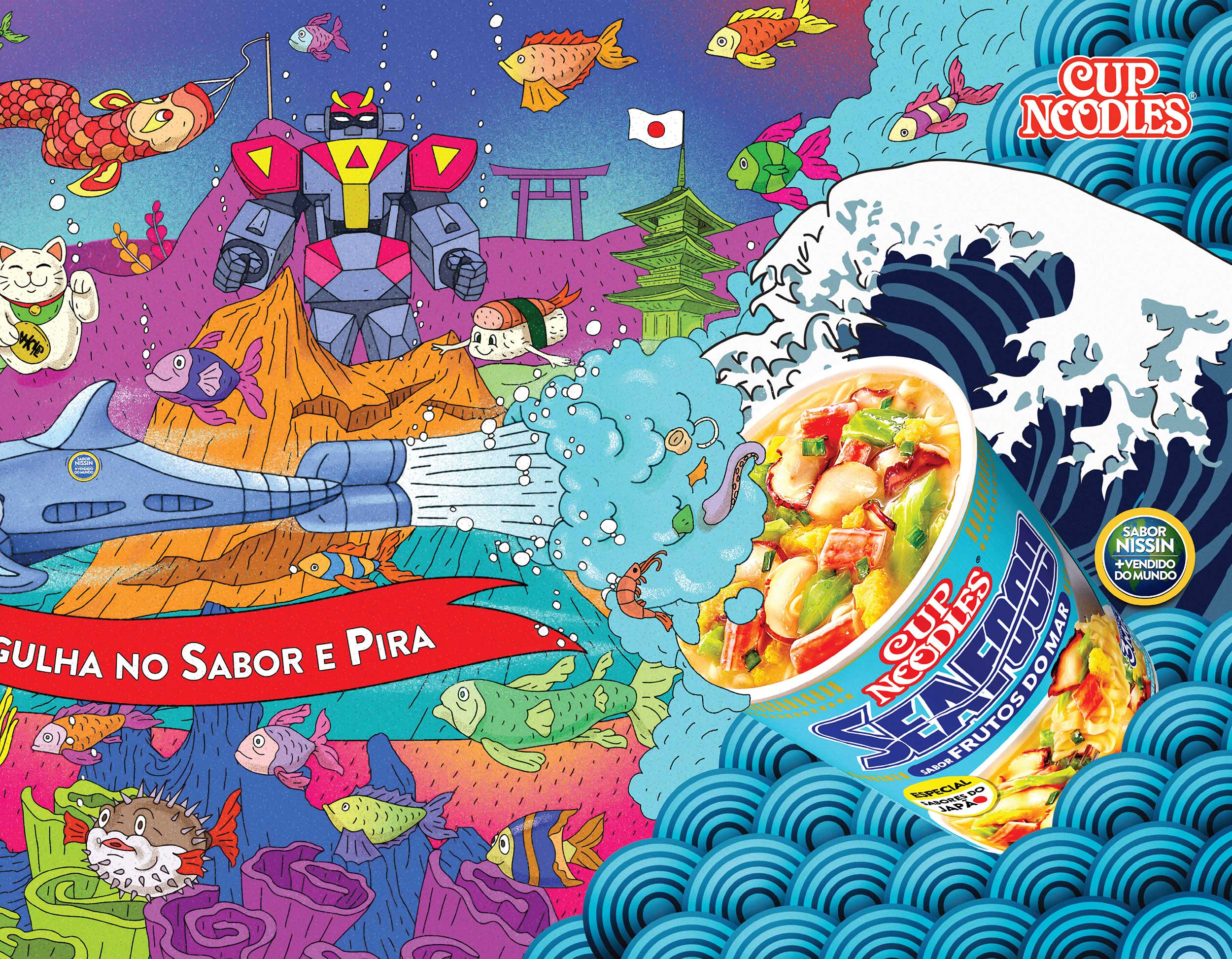 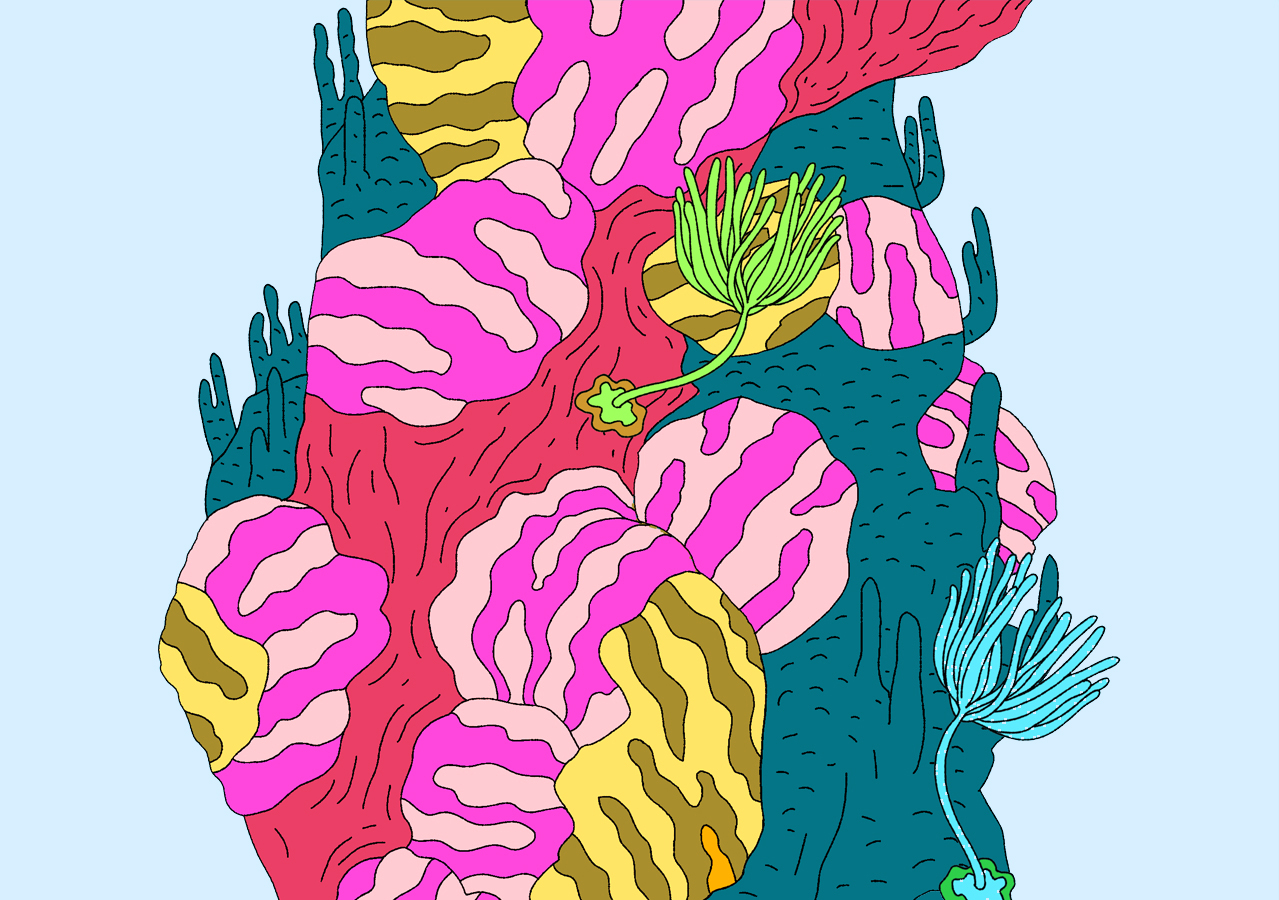 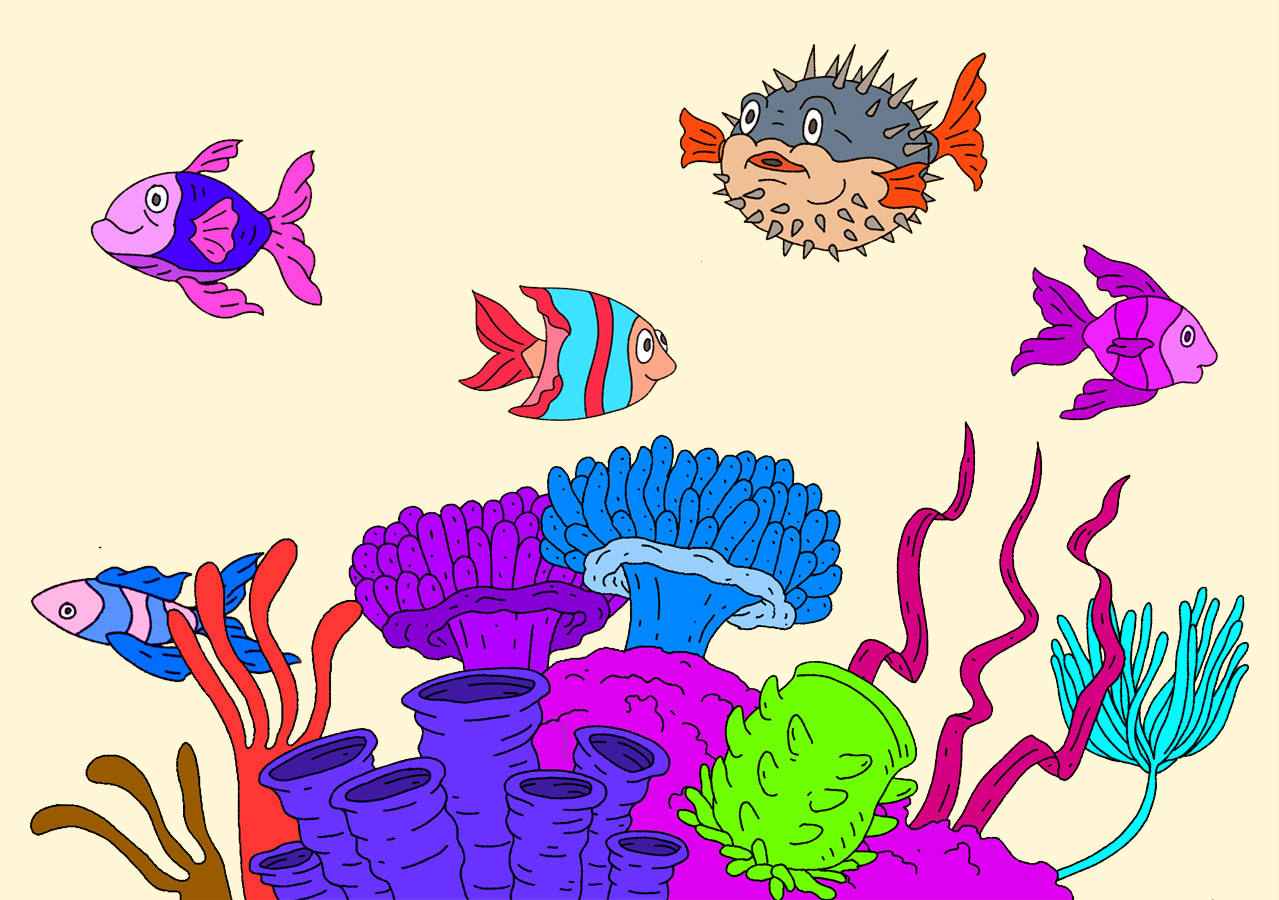