Adam&eveDDB invited us to produce the promotional material for the movie "Scaredy Cat" for Temptations. Directed by Paulo Garcia and produced by Zombie Studio, the animation shows a cat that fears nothing, having fun inside a haunted house. Throughout the film, horrible scenes happen, but there seems to be no effect on the cat but until something terrifying catches its.
We produced the film's logo and the official posters, having as main aesthetic references the horror films from the 60s and 70s. 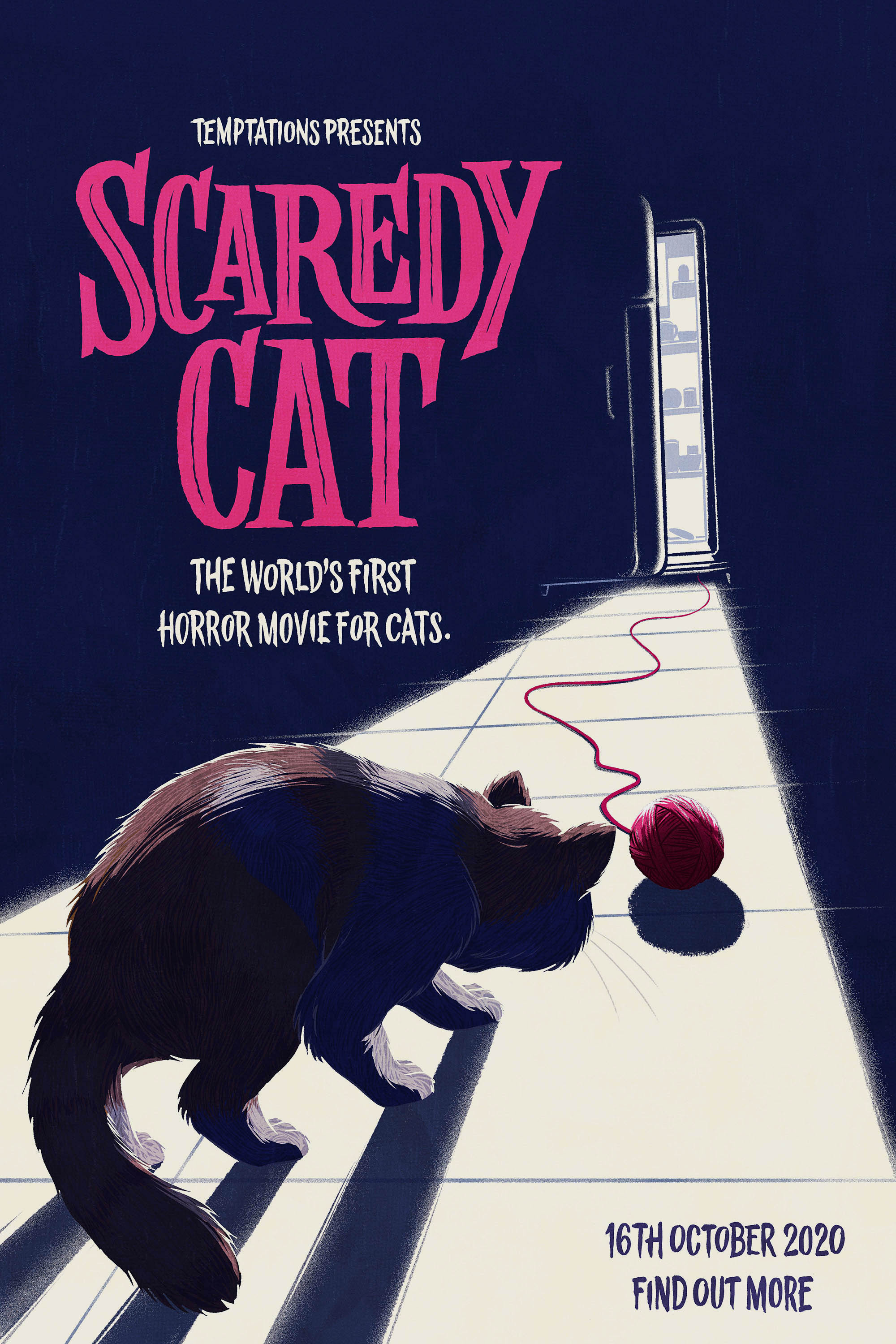 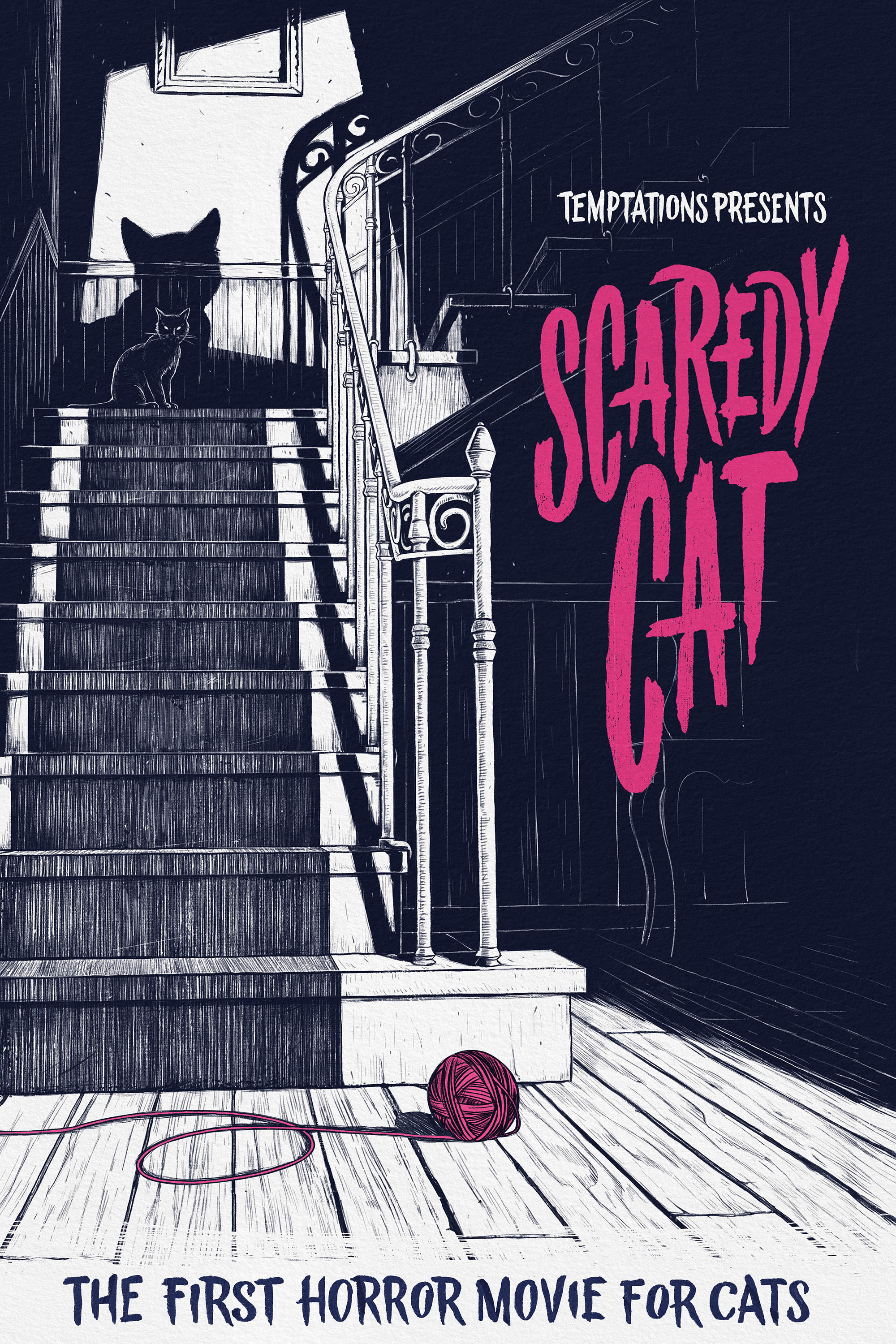 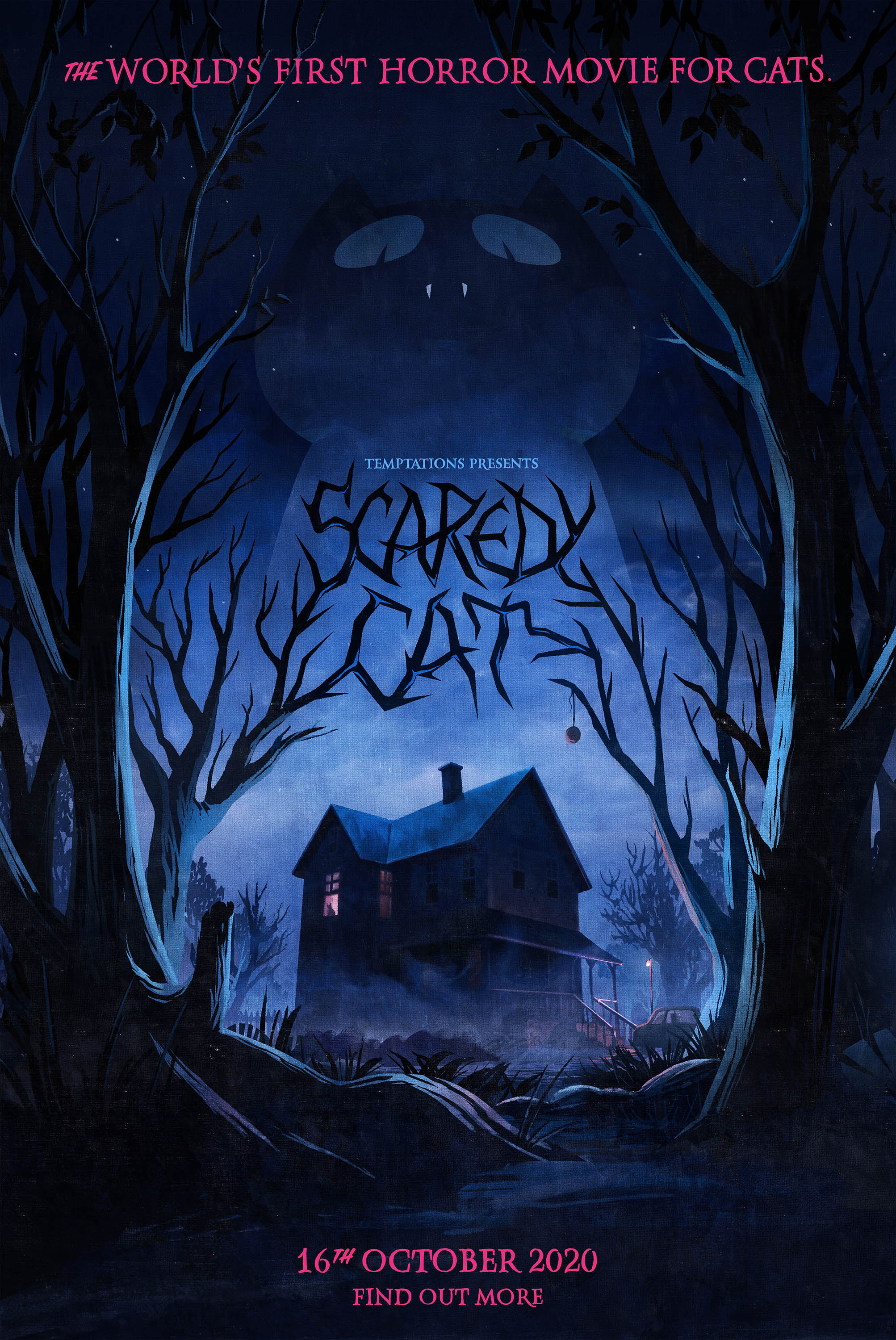 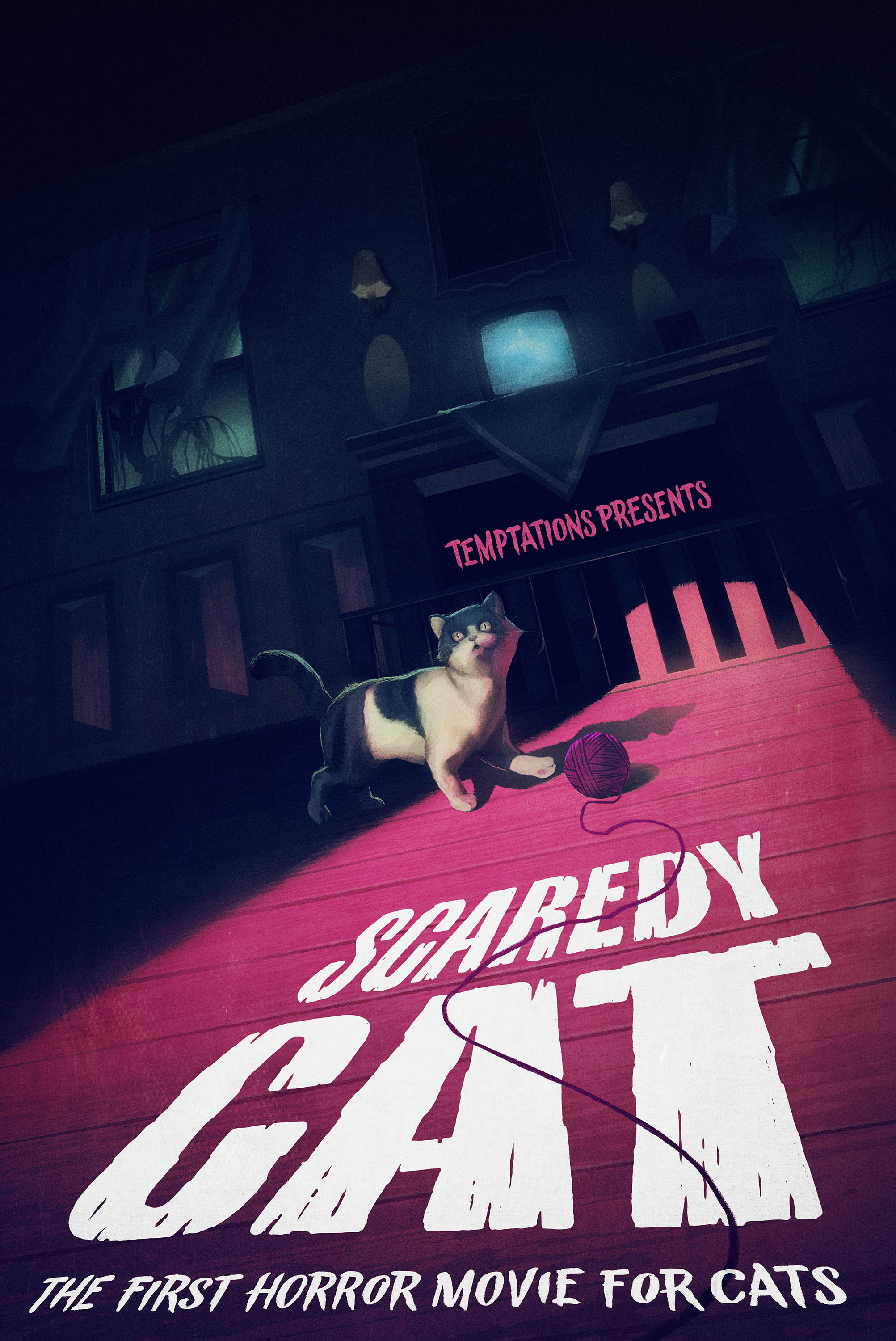 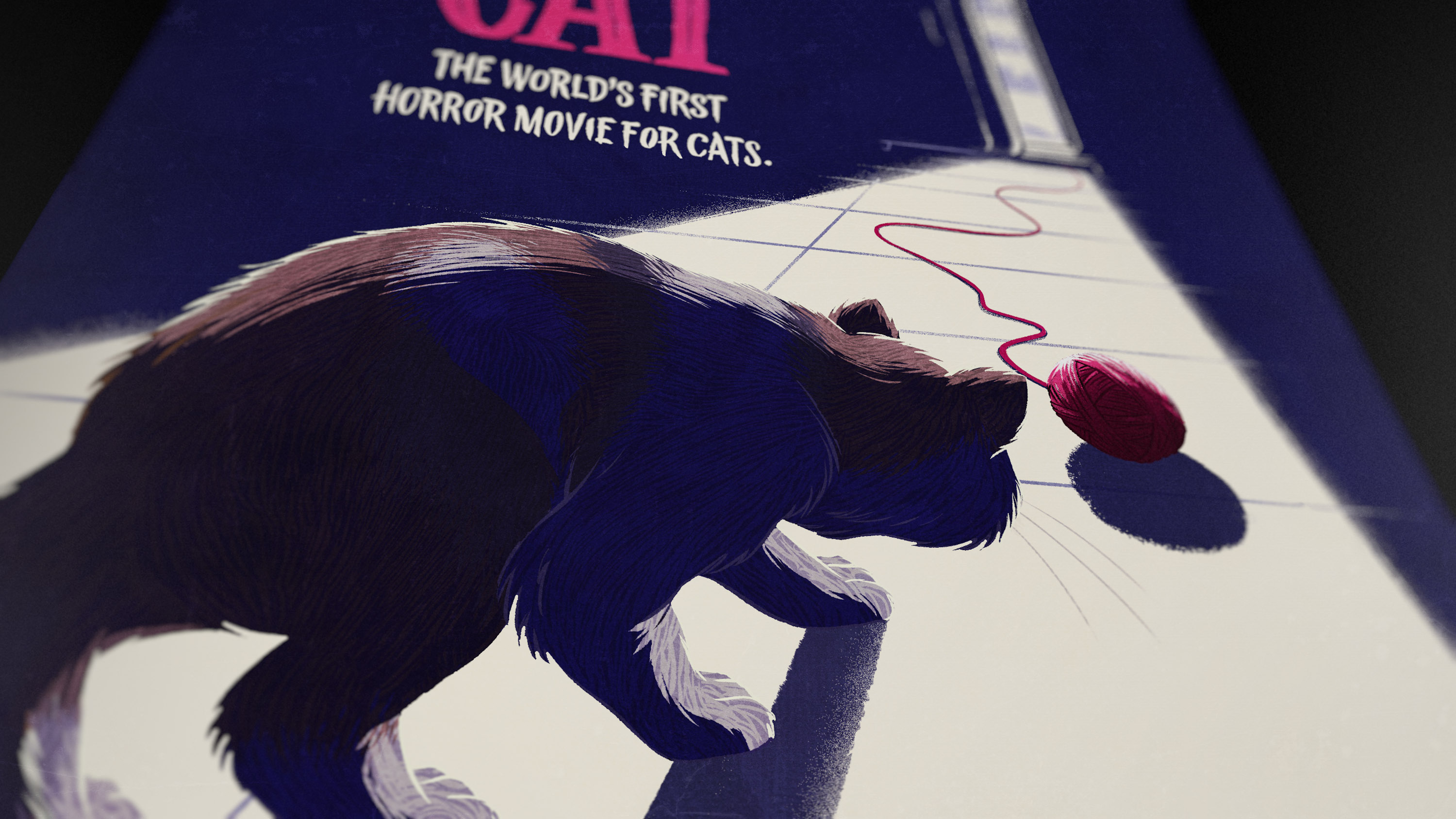 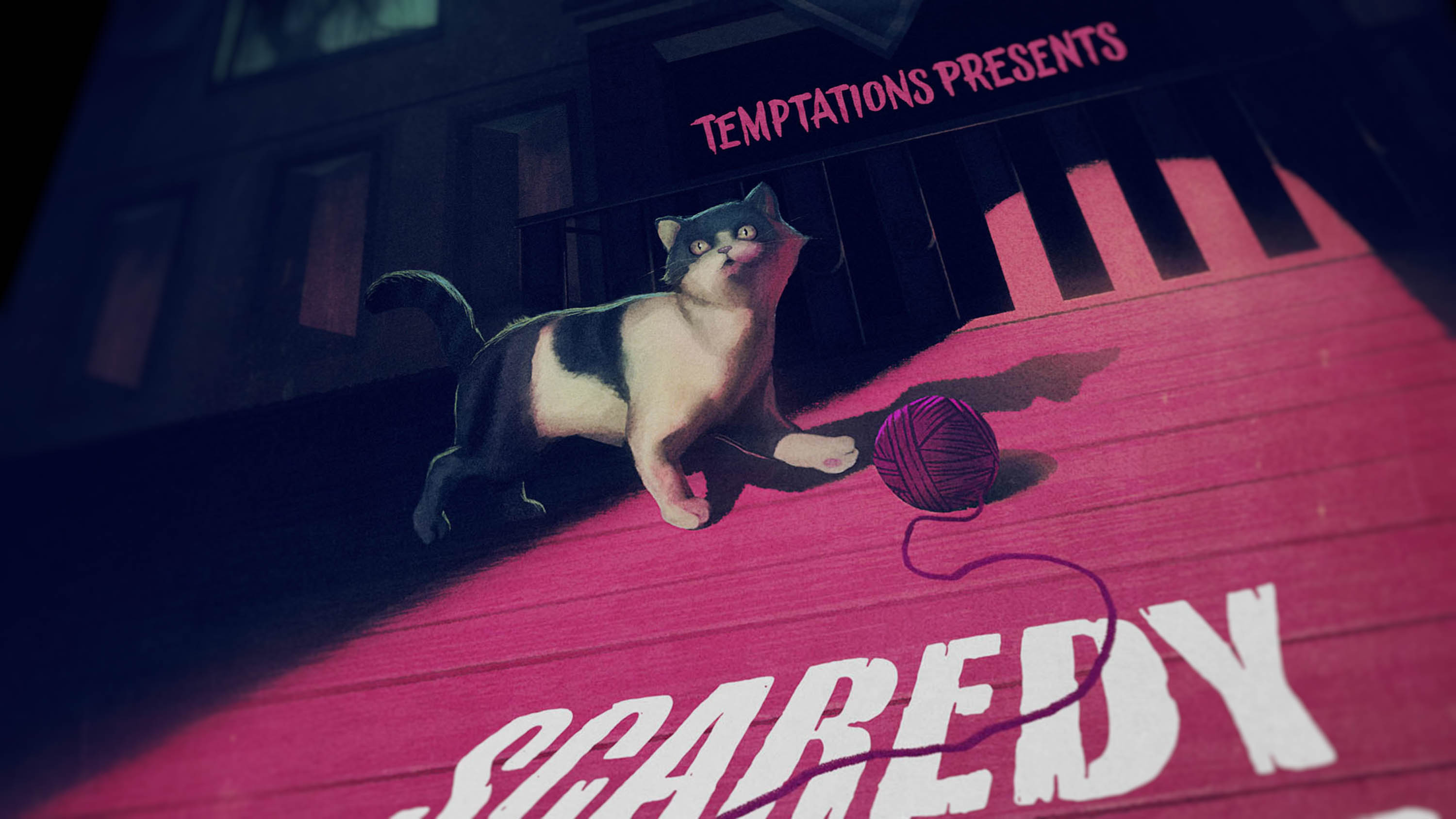 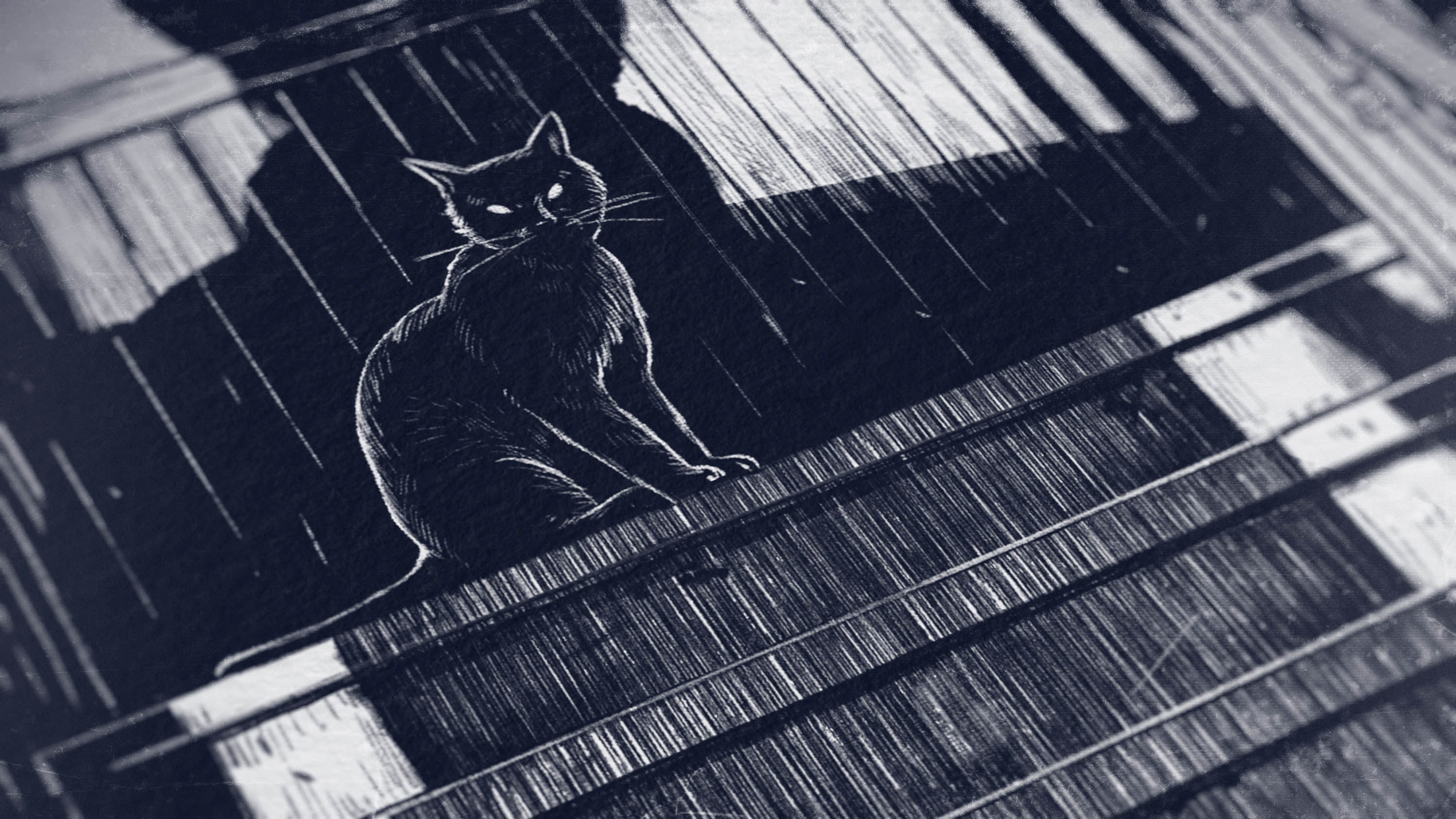 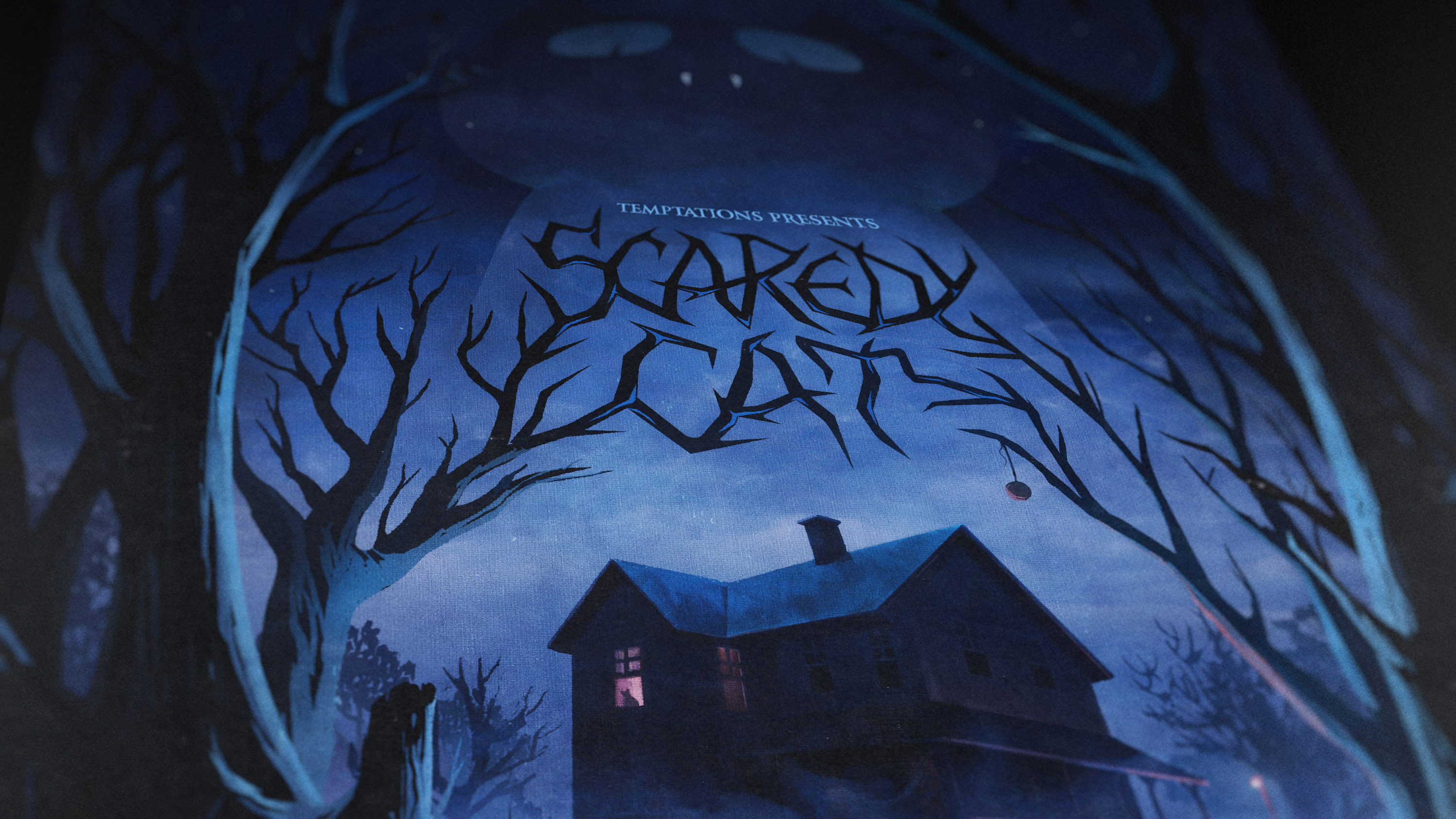 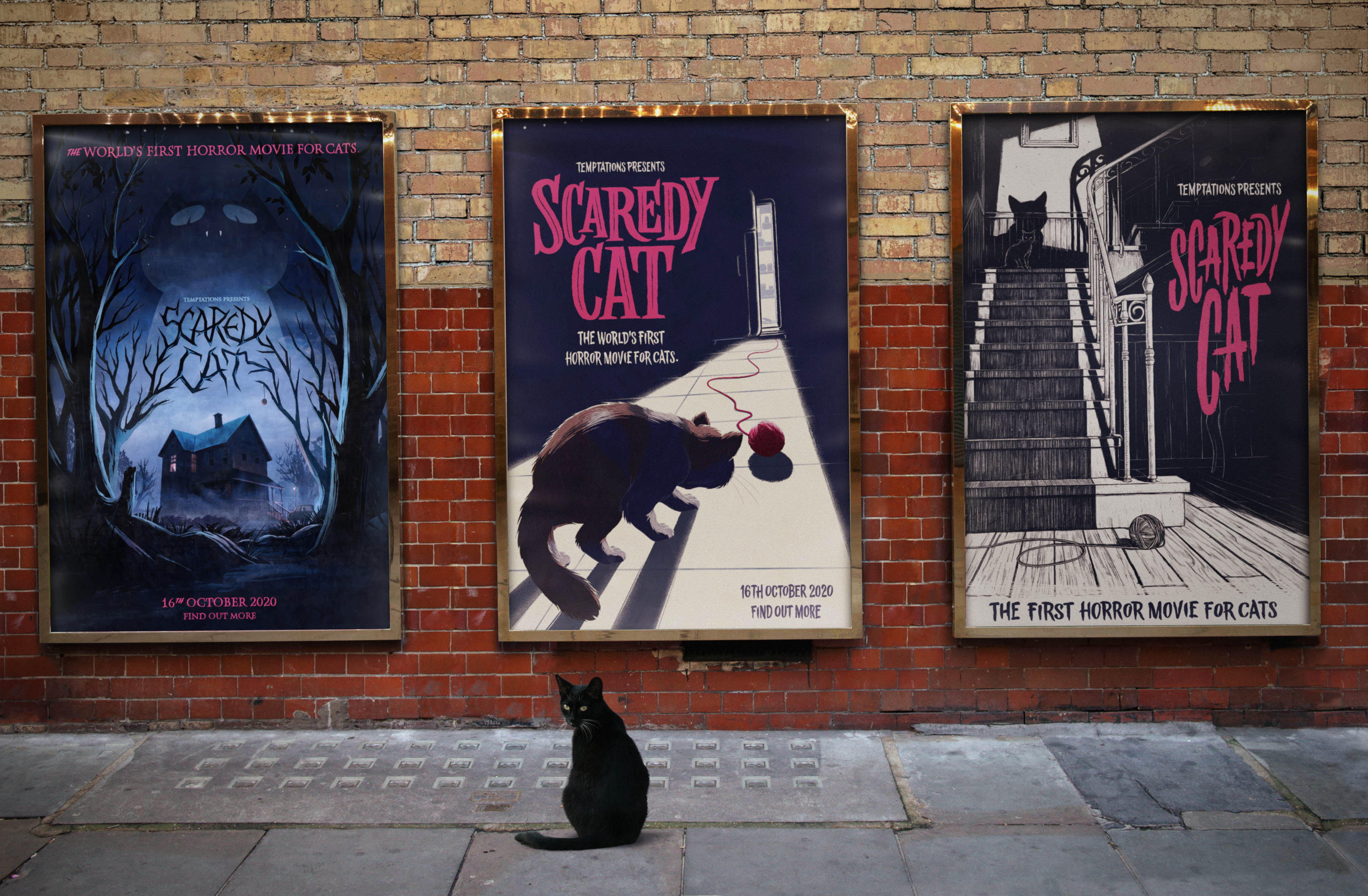 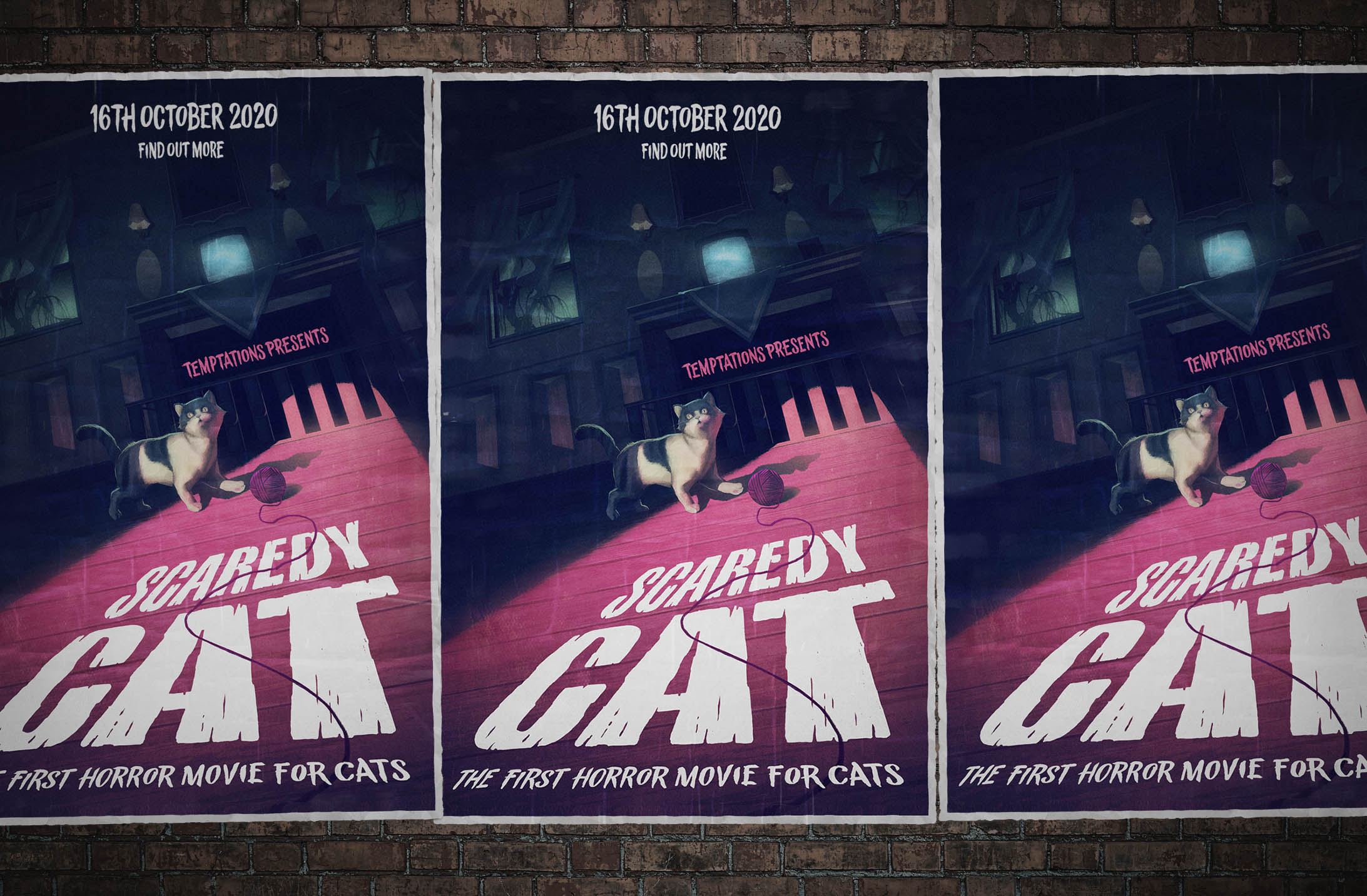 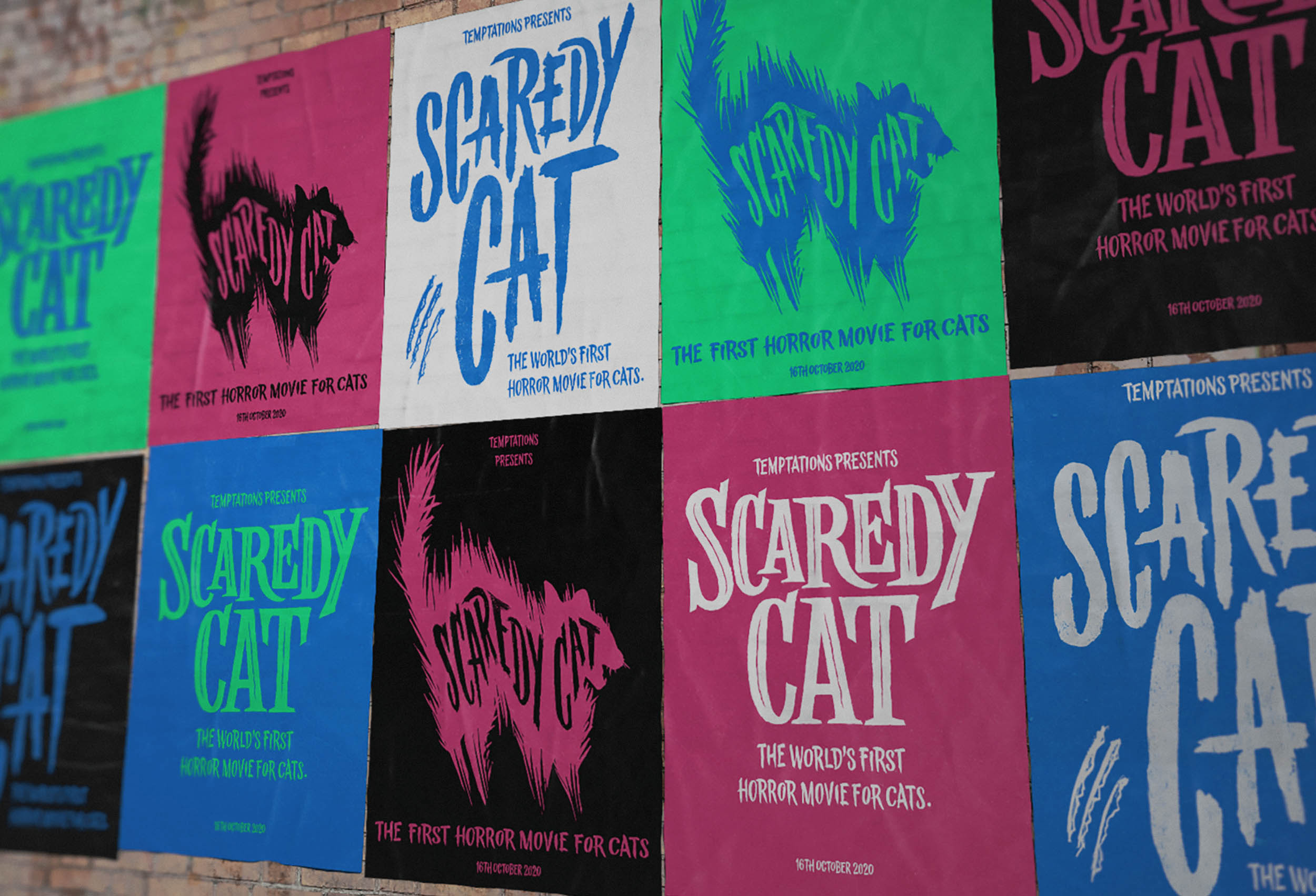 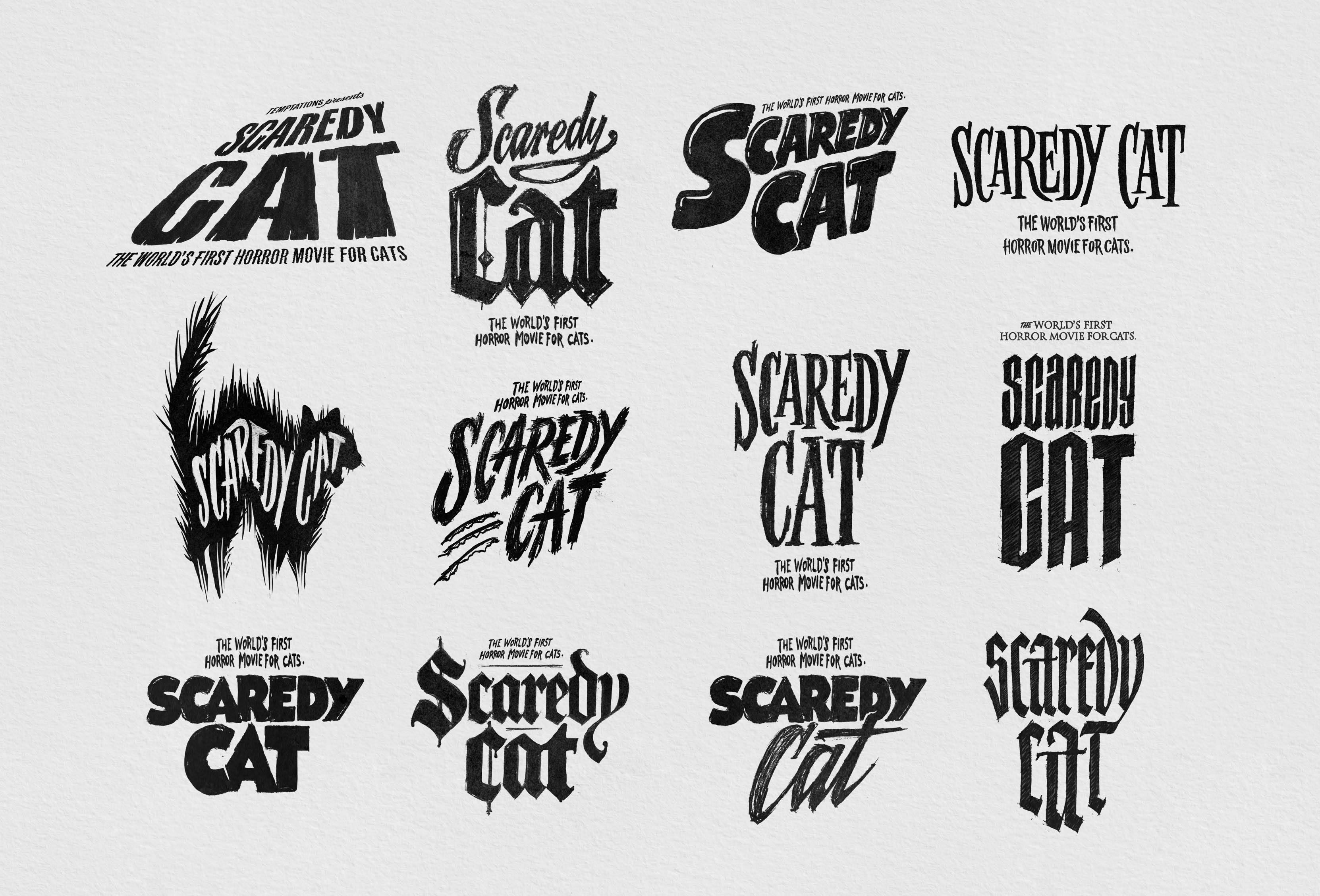 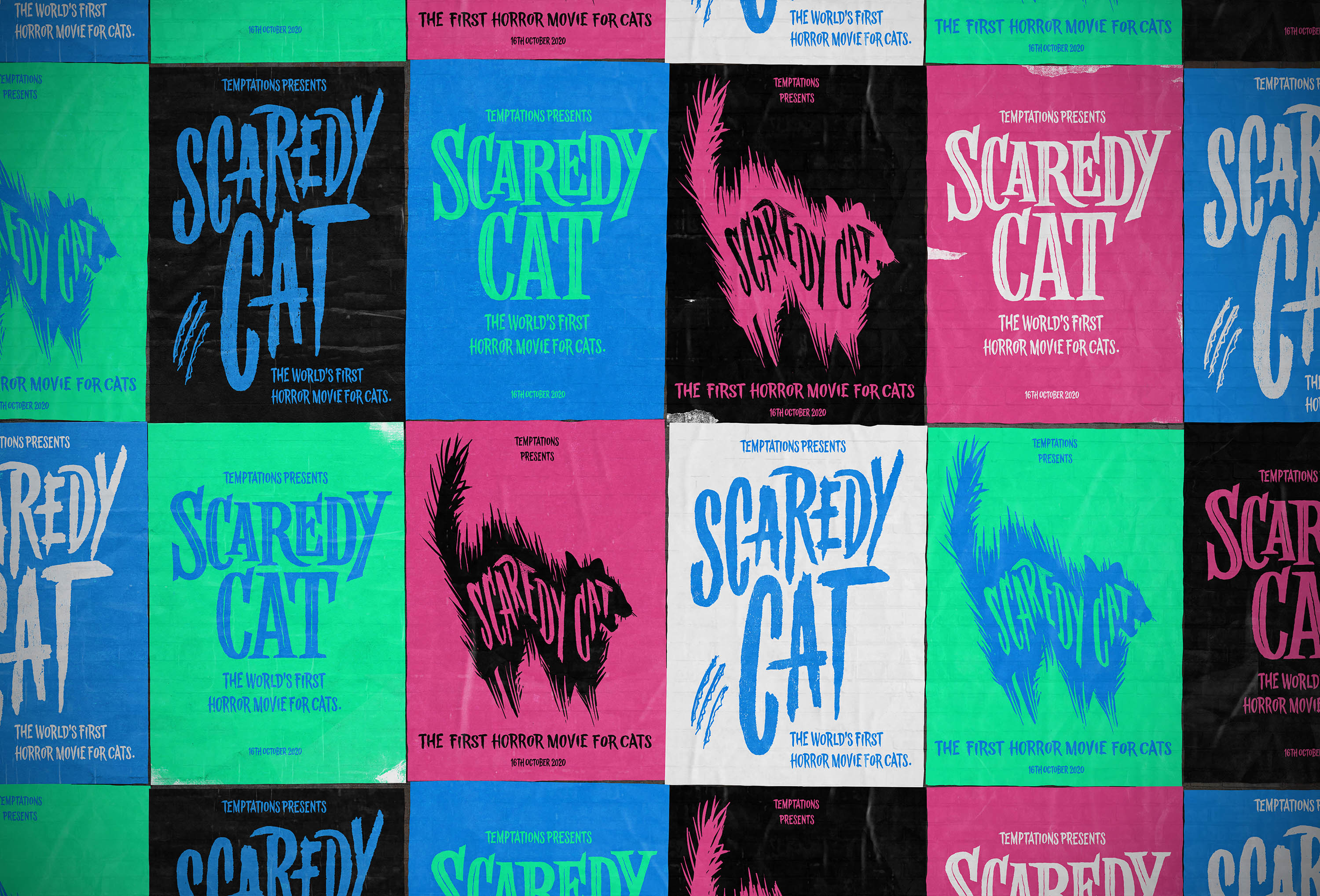